My husband and I started dating when I was 16 and he was 18. The night he proposed he was planning to take me to see the movie Hope Floats but I had been to see it the night before with my sister. I said I would go see it again but he said no, that wouldn't make any sense, I just saw it the night before. So we moved on to dinner. He wanted to take me to Outback, one of my favorite places. 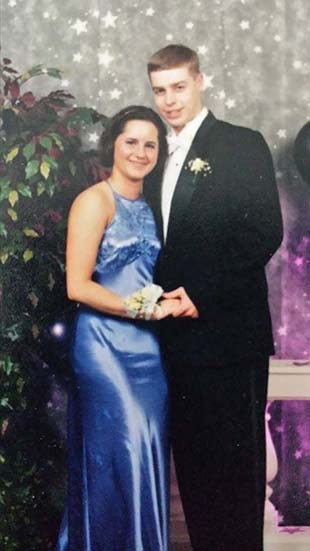 There aren't very many restaurants where we live so there was a wait of over an hour and I didn't want to wait. We ended up going to Olive Garden. I am a very picky eater so I wasn't really happy with the choice. After a less than great dinner, we went to our "spot" (if you catch my drift), out in a corn field. It's the midwest, don't judge. He said he wanted to "look at the stars".

What 20 year old guy wants to look at the stars late at night in the middle of a corn field? I thought he wanted to break up so I got mad and told him to take me home. He had given me a ring about 6 months earlier and he told me to give it back to him. (he never actually proposed). Again, mad! I did. He handed me a note. I was pretty ticked off at this point but I read the note.

After I read this sweet note about all the reasons why he loved me, I got to the end and it said "look up". I did, and he was in front of me, on his knee, holding the ring and he said "I want to know, will you marry me?"

After an awful date during which I though he was going to break up with me, my boyfriend proposed to me in my childhood bedroom a week before my high school graduation. May 30, 1998 and it seems like yesterday. I still have the ring, but I wear a Diamond Nexus one now. :) 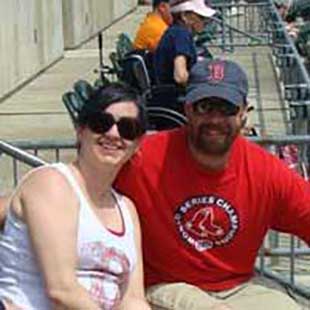 Diamond Nexus wants to thank Amie and her husband for sharing their Proposal "almost" gone wrong story and we are so happy that you made it through the misunderstanding and have been happily married ever since!

You see, I was also a teenage bride but chose the wrong guy so it didn't last. However, 2 years before you two married I wedded the man of my dreams. We celebrated our 21st anniversary last month.

Thanks for sharing your romantic story. Diamond Nexus was not around when we married, yet I still plan on purchasing a made-to-order ring.
1-1 of 1 1